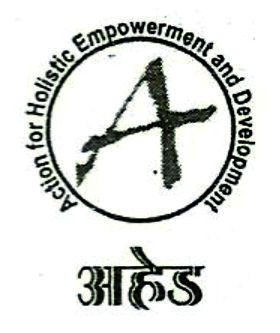 ACTION FOR HOLISTIC EMPOWERMENT AND DEVELOPMENT

AHEAD (ACTION FOR HOLISTIC EMPOWERMENT AND DEVELOPMENT) was established in 2003 as voluntary development organization, which is registered under the societies registration Act,1860.The organization is operational since the last eight years with the prime objective of uplifting the poor,deprived,excluded and the most vulnerable communities, families and children. At present the organization is covering district Hardoi and Pratapgarh, the most backward districts of Uttar Pradesh. The organisation since its inception is committed for bringing a positive change in the lives of thousands of poor, deprived and the marginalized people in these districts.

To promote participatory democracy, educate, organize, empower and make self reliant the rural women in particular and other deprived, excluded and vulnerable people of the society in general who would in future act like catalyst in promoting gender equality, justice, socio-economic growth and self-reliance

AHEAD envisage a more equal society by reducing the socio economic gap between women and girl children in particular and other deprived, excluded and vulnerable section of the society in general

Address the different forms of barriers and discrimination faced by women and deprived, excluded & vulnerable communities and ensure the access of quality health, nutrition & education services and gain the opportunity of the livelihood option 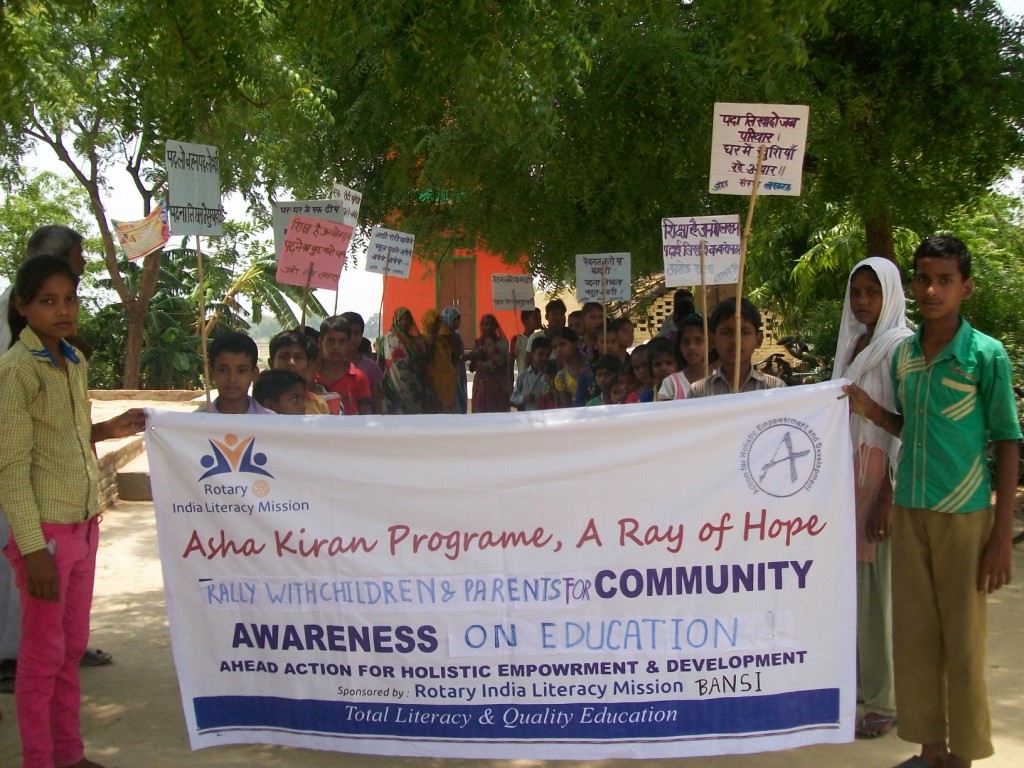